Getting Real about Pornography : How To Get Past Emotion and Reach Understanding 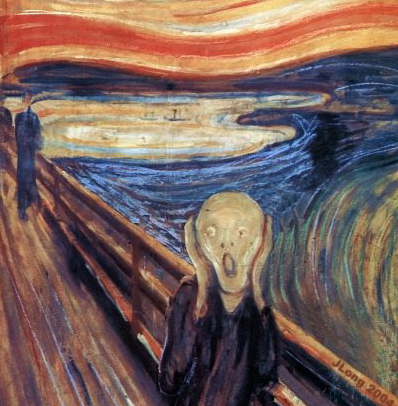 Dealing with a pornography problem in counseling is very difficult . One of the reasons it is, is the fact that the subject of pornography is so emotionally loaded and explosive. Just talking about pornography is difficult due to many cultural and religious biases and contradictions which have created so many negative and unrealistic attitudes about sex. Indeed, people have trouble thinking about pornography problems in the same way they might other compulsive behavioral issues such as gambling or over-eating.

Here are five factors to keep in mind which can help defuse negative emotions and make talking about pornography easier:
1. Society’s Conflicted Messages about Porn. As a largely Judeo/Christian/Islamic culture, American attitudes about sex are schizophrenic and contradictory. On one hand, advertising relies on sex to sell its products and bombards us with sexually provocative imagery and double entendre. On the other hand, religious taboos have stressed the sinfulness of nudity and sexual delight outside of marriage. Recognizing this paradox is important to understanding the fundamental confusion involved in dealing with pornography.
2. It’ Normal to be Curious About and Fascinated with Nudity and Sex. In traveling to various museums here and around the world, one can’t help but notice that the naked form has been the object of art throughout the ages. What seems to be an increase in sexual imagery in modern time is, in large part, due to advancing photographic technology and the widespread availability of cameras and video recording devices.
3. Religious Shaming. Apart from mixed messages of cultural conditioning, many have received explicitly negative and shaming messages from their religious upbringing. Fearful attitudes have condemned both natural curiosity about the body and sex as well as the enjoyment of it except within the context of married adults. This proscription excluded and blocked many people from their propensity and, in doing so, created an unfortunate and unnecessary self-loathing for those who could not abstain.
4. Fear and Embarrassment about Sex. Much of the difficulty in talking rationally about pornography comes from a primal fear and embarrassment about sex itself.
5. Loss of Reason and Logic. As a result of these various factors, many folks are not able to be rational when talking about anything that involves sex. Fear, anger and avoidance are all that remains in the panicked brain of one who is threatened by sex. Again, normalizing the difficulties that many folks have talking about sex helps lower anxiety and allows for a more productive exploration of the issues.

As with other compulsive behaviors , it is important to know that pornography , like alcohol, drugs or gambling , over-eating or shopping is, at base, a protective (although problematic) distraction which diverts and blocks the person’s attention and prevents him/her from addressing more difficult issues, such as a relational problem , job stress, money problems or health concerns. Surprisingly, when emotions are calmed and a thorough investigation and examination of the issues is conducted, the sexually explicit material is rarely ever the real problem.

Because of its emotional complexity, many folks find it easier to deal with this issue with the help of a professional. The good news is that, with the help and support of counseling and an understanding partner, the real and underlying problem can be identified and resolved.