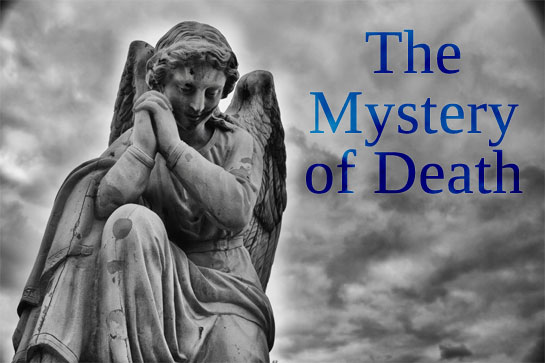 California is about to become the 6th state in the union to adopt right-to-die legislation and allow doctors to prescribe lethal medications for mentally competent, terminally ill patients.

While this measure is politically controversial, it exposes a much larger and more embarrassing fact about American culture: we are afraid to even talk about issues involved with both the mysteries and practicalities of death and dying.  Just to raise the topic can send some folks into a frenzy.  For example, not long ago conversations between doctors and patients about end of life decisions which were authorized in the legislation connected to health care reform were slandered and referred to by some as “death panels” which were part of a government conspiracy.

As a therapist and a minister, I understand that having a fear of death is normal and is neither a psychological disorder nor a spiritual sickness.  Nonetheless, what many folks don’t realize is that by learning to talk about it, that they can reduce their fears and be freed from the emotional strain of having to avoid the subject.  Even more importantly, rather than just letting things happen, people who are able to discuss end of life issues are able to make rational decisions,  take control of the process and influence key factors which impact the end of life for themselves and their family members.

Even though medical technology has extended out life spans, it has not conquered the aging process. And although the progress which has cured many diseases and alleviated much suffering, it has also created news challenges for our modern culture for which we are not prepared.  Our parents rarely had to wonder about end of life issues the way we do.  They didn’t have to deal with health care proxies or advanced medical directives.While it may take a little getting used to, with a little help, anyone can become more comfortable with discussing end of life options.

If you or a family member is troubled by this issue, know that there is help. Don’t hesitate to contact a therapist or clergy person ; they will be glad to assist you and help you to ease your mind.