The Secret of Dr. Jekyll and Mr. Hyde 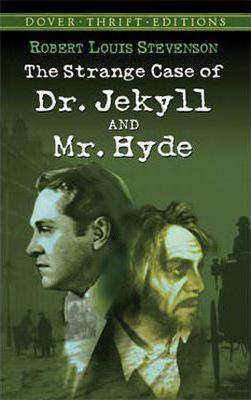 We all know the story of Dr. Jekyll and Mr. Hyde and  how a loving and compassionate doctor who, in trying to research the secrets of mental illness, unleashed a monster that dwelled deep within his own psyche.

Modern neuroscience has gone a long way in explaining how such opposite demeanors could belong to the same person. And, rather than being a “strange case”, this seeming contradiction, (that such opposite traits could reside within one person), is found to be in the very structure of the normal human brain .

The key to understanding this mystery and what determines which persona is in control is found in the relationship between the limbic system and the cerebral cortex. Specifically modern research has discovered how trauma can cause the limbic system (Mr. Hyde) can block a person’s access to his/her cortex (Dr. Jekyll).

These findings have not only revolutionized medical knowledge but have also had dramatic implications for psychology, psychotherapy. and the treatment of traumatic disorders. Without having to become an expert or get lost in the details , some basic knowledge about brain physiology can help everyone understand confusing, but less extreme, differences in our own behavior and in that of others.

To begin, at the risk of over simplifying this complicated subject, let me cut to the chase and summarize the bottom line of current brain research. Understanding the human brain’s development and fundamental structure  can help us better understand our confusing aspects of conscious perception,awareness and experience.   It is still important to understand that our brains were not created  de novo.  They  have developed  over millions of years. The advent of the human brain arrive with the evolution of the neo-cortex. This advanced brain retained the primitive element of the limbic system and therein lies the root of the problem. 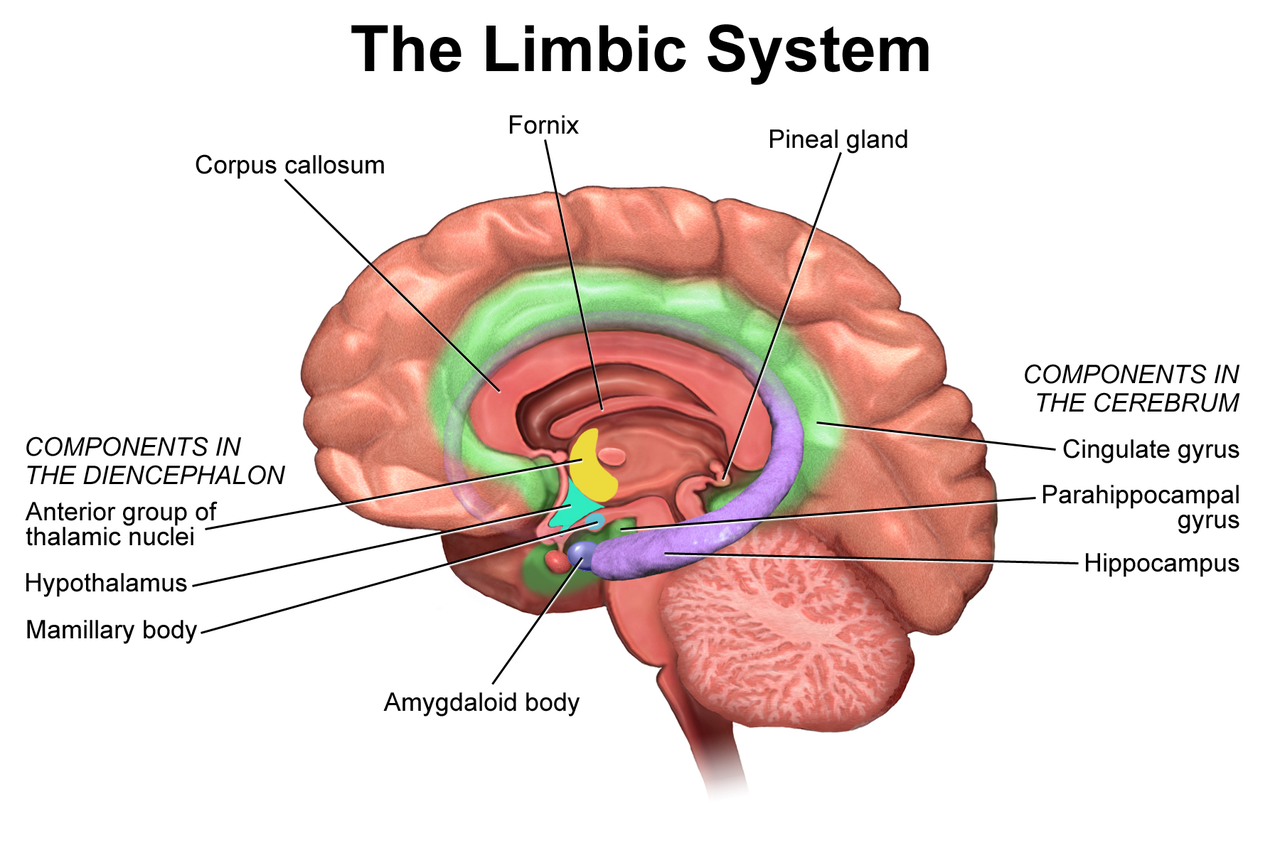 The Limbic system, which we share with all animals to some degree, deals with our perception of the world brought to us by our five senses , emotions and motivation like joy and fear and anger , sensations like sex ,pleasure and pain and memory storage and retrieval. Its sole purpose was to ensure both the propagation and survival of the species. 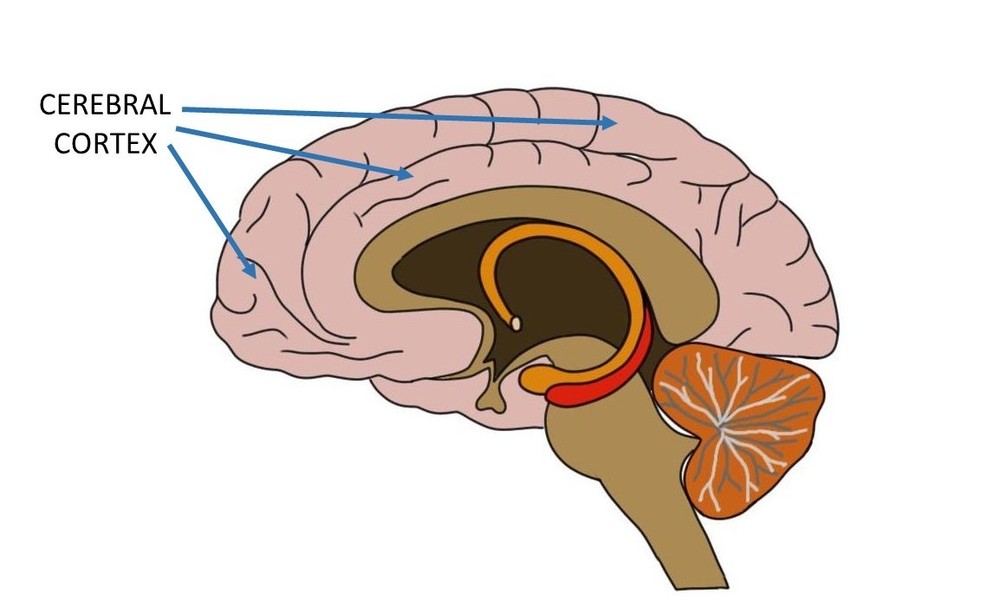 The Cortex marked  the beginning of conscious-self awareness and the human species. The two lobes of which it is composed greatly expanded the perception, experince and capabilities of life. The left lobe deals with conscious control of the right side of the body, logic, mathematics, reasoning, cognition, language and thought. The right side controls conscious movement on the left side of the body as well as creativity, imagination, intuition music and artistic expression and experience.

As humans, we run into trouble when the survival-based part of our brain (the limbic system) overrides or hijacks the rational part of our brain and causes us to react rather than to respond reasonably. This hi-jacking occurs when an individual feels threatened or out of control. In these situations, instead of carefully taking in all data, rationally considering all options and then logically choosing the best response, the amygdale takes over and releases stress hormones which trigger a fight or flight response which is often exaggerated or unnecessarily panicked or hostile.

Understanding the conflict which is built in to our brain’s structural design can be helpful in detecting irrational responses in one’s self and others. When irrational anger is encountered, it is important to realize that one cannot reason with or talk through problems with someone who is under the control of his/her limbic system.

Whether it is within the family, the marriage, on the job, with friends or in conducting everyday business with strangers, it is important to act out of cortex part of our brain and strive for rational responses when dealing with others.

Practically speaking, the biggest difference between the two parts of our brain is that the limbic system does not have the capacity for love or empathy or caring about the well-being of others. The experience we have in our cortex is what makes us human and expands our emotional repertoire beyond the narrow and primitive fear-based survival instincts.

Clues that your Amygdale is hi-jacking your brain:

(1) If you are unable to control or prevent angry or hostile impulses, your brain has panicked and has been temporarily disconnected from its cortex and is unable to think rationally or with empathy. (2) If, after the emotional or physical explosion, you don’t realize the unkindness or inappropriateness of what you have done, the neuropathways to your cortex remain broken. (3) If you can only think about your own well-being and can’t consider the other person’s point of view or the impact of your behavior on others, you are trapped in selfishness by your amygdale and cannot connect with your cortex. (4) If you don’t feel regret or remorse for having acted in a hostile way, again , you are not connected to your cortex. (5) If you can’t think of any other option other than attacking or running away, you are under the control of your limbic system.

The take away from this science lesson is simply this: Although stressors and frustrations can trigger intense angry or frightened impulses in all of us, the way folks respond to them varies dramatically. Being mentally healthy means that the cortex outages are restored quickly and that a person can recover his/her concern for others and moral values. Conversely, the longer it takes for rational thought to be resumed, the greater the mental impairment or disorder.

When stress or trauma trigger you, here are some  TIPS TO GET YOU BACK INTO YOUR RATIONAL BRAIN :

— Physically withdraw from the distressing situation, conversation or media activity.

— Do some calming like intentional breathing exercises, listening to music or taking a tub bath.

— Safely ventilate distressed feelings by taking a walk, punching or screaming into a pillow or  writing uncensored hurt or angry thoughts and feelings into a journal .

While we all have a Mr. Hyde living within the primitive part of our brain, the good news is that, with a little awareness and practice, Dr. Jekyll can stay in control. With some effort, we can learn to not act on our unkind impulses or, if we slip, we can learn to recognize our errors and apologize and/or correct them.